TransAct Energy Corp. is a Nevada organized company that owns the proprietary technology called Zero Emissions Waste Optimization Plants (Z.E.W.O.P) which takes Municipal Solid Waste (MSW) and produces multiple products without any residuals returning to the environment. These by-products include 18 different product streams including potable water, fuels, heavy metals, scrap metals, aluminum, glass, waxes, sugars and carbon which may be resold back into the marketplace at a profit. The Company intends to develop its ZEWOP technology in conjunction with municipalities globally who are facing waste-management growth while trying to alleviate environmental impacts. 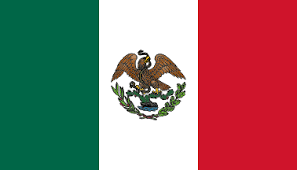 Please contact our Investor Relations department, and ask for a Comprehensive Investor Package sent to you directly.

Mr. Bartlett is an experienced Business Developer having planned and executed more than a dozen startup companies from concept to operation. He is a seasoned CEO and CFO having guided several public companies through their launch. Rod brings a depth as a Director that can only be found through experience having sat on a variety of Boards for private, public and charity. Mr. Bartlett prides himself on putting the wellbeing of the stakeholders ahead of his own. His ability to strategic vision through a variety of sectors has assisted management in a variety of business settings. Most recently he has operated as a Director and CEO of a sustainable technology company focused in waste optimization. In 2004 Rod as President and CEO was successful in bringing Quest Oil into being as a public company securing and developing its first revenue producing property. From Mr. Bartlett’s early beginnings in Alberta’s oil patch to one as a successful entrepreneur with the establishment Money Mart Cheque Cashing Centers, he has brought significant business acumen, energy and leadership. Rod’s formal education was in a Bachelor of Science program at the University of Lethbridge in Southern Alberta majoring in Organic Chemistry.

Mr. Dickson was the Chief Operating Officer of Innovation Fuels Inc., out of Syracuse, NY leading the company’s bio-diesel plant operation and project development efforts from September 2007 until December 2009. Mr. Dickson was the Director of Entrepreneurship at Syracuse University, Syracuse, NY from Feb 2005 to Sept 2007, the COO at integrated Defense Systems, Inc., Glen Rock, PA from June 2005 to Jan 2006 and the COD at Drug Risk Solutions, LLC a drug discovery company from June 2000 to June 2005. Mr. Dickson has 35 years of business experience in new ventures, business plan execution, organizational management and operations. He has a background in high tech product designs and development, manufacturing, and sales and marketing to commercial and military markets gained while working at GE and other high tech companies. He started and successfully financed two companies in the microelectronics and information technology industries. He has an undergraduate degree in chemistry and an MBA.

Mr. Bautista began his career as a co-director at the family plant, Marmoles Poblanos SA de CV in Puebla, Mexico manufacturing granite products. Expanding into the international markets they established Granimar, Inc. in Dallas, Texas under his sole management. After expanding their offices to San Antonio. Mr. Bautista returned to Puebla, Mexico as the executive director of Grupo Industrias Petrus SA de CV. Since then he has established Granitos Naturales, SA de CV, Grupo Industrias Petrus SA de CV, and Reviste SA de CV. He served on the Board of Directors for Grupo Financiero Serfin for Puebla and three surrounding states in Mexico. He is the CEO of Granitos Naturales of North America, Inc. and the CEO of Promotora Y Desarrolladora Activa de Puebla Land Development Company. His real estate projects include land development, retail, and resort projects. He currently lives in San Antonio, Texas.

Bachelors of Architecture, Houston TX., Assoc. AIA., Mr. McKinley is in charge of integrated architectural design with construction management with a focus on environmental sustainability. Combined with his broad based international knowledge and expertise he promotes the kind of synergies that inform project visioning, quality design, cost effective construction and technical decisions. He has designed and built projects in the South Pacific, Hawaii, Texas, Washington and across Canada while traveling extensively researching sustainable architecture and urban design. For over thirty years has developed residential, commercial, industrial projects with the utmost concern for quality, cost effectiveness and work site safety.

Mr. Graham has significant multinational experience having worked and lived in Germany, Sweden, South Africa, Australia, USA and now Brazil for the past 20 years. He has held Senior Executive positions in various industries in Telecom, Energy, Mining, and Aviation before becoming actively involved with TransAct Energy Corp, 5 years ago. Stuart was VP and General Manager of AT&T in the USA, Consulting Director for Qantas Airlines in Australia, and Marketing Manager for De Beers Diamond Corporation in South Africa. In Brazil, Stuart launched 2 Wireless Telecom Startups in the capacity of Vice President of Sales and Marketing and these companies have become the largest Cellular operators, Telecom Italia (TIM) and GVT, recently acquired by Telefonica. His passion is travel and he has visited 96 countries and all 7 continents including Antarctica last year. Stuart holds a B.S. in International Marketing from University of Alabama, and his MBA in Finance from Cornell University.

Ms. Vander Heyden is a business development, marketing and fundraising consultant to public and private sector clients across Canada.   A senior level executive with 25+ years experience, she has worked with all levels of government, corporate and private sector clients.   For the green technology sector, she has completed funding and co-managed the installation of a major geothermal system for a “Heritage” estate. In addition to her fundraising work in the education and cultural sectors, she spent several years leading research and funding for bio-tech and new technology start-ups including new business development for the Bedminster BioEnergy Technology; which uses recovered high quality Biomass to provide renewable energy.

Active in the community, she has served on several boards including University of Waterloo’s Centre for Cultural Management,  Women’s College Hospital and its Foundation and the United Way.   Ms. VanderHeyden has served as an Independent Director of TransAct Energy Corp since 2013.

Mr. Haugen is a corporate communications professional, who has a worked with numerous publicly traded companies for the past 15 years. Chris has focused his efforts on helping these businesses raise investment capital for their ongoing success and development.

Mr. Haugen is passionate about stakeholder relations and corporate communications and has developed an expertise in digital media to compliment this ever changing dynamic environment.

Where is Transact Energy Corp. listed?

Trasnact Energy Corp. is trades Over the Counter in the United States under the ticker symbol TEGY.

What is the ticker symbol for Transact Energy Corp.?

Transact Energy Corp. trades Over the Counter under the ticker symbol TEGY.

How can I purchase shares of Transact Energy Corp.?

To purchase shares of Transact Energy Corp. (TEGY), you must go through a registered stock brokerage firm.

Where and when was Transact Energy Corp. incorporated?

Transact Energy was incorporated in 2006 in the State of Nevada.

When is the fiscal year end for Transact Energy Corp.?

Where is the head office for Transact Energy Corp.?

Our current head office is located in San Antonio, Texas.

Who is the Transfer Agent for Transact Energy?

Who is the Securities Legal Counsel for Transact Energy?

Where can I get more information on the company?

Please send our Investor Relations team a message in the Contact Section of this page, with any specific questions that you may have, regarding the company.